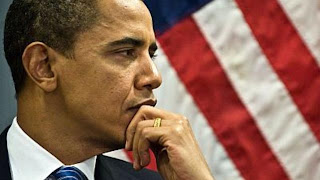 This US debt defaulting drama is everywhere, there's no escaping it— it wakes me up on the radio, covers my newspaper, and is the discussion amongst my classmates as I enter class. It is time for me to put forth my thoughts especially in regards to how it affects sustainable economics.


What strikes me most is how the disagreement is much more political than economical. I say this because the correct economic choice is obvious; the debt limit must be increased (or removed altogether) and the debt cut gradually. It is the ABCs of economics: in a recession/ recovering from a recession you maintain or increase government expenditure so to facilitate growth; in an expansion/ when the economy is doing well you can lower government expenditure so to keep inflation stable. The Republicans demand of cutting trillions from federal spending is bad policy as it would set the economy back amid decreased demand and increased unemployment.
It must be frustrating for Americans to watch this ongoing political posturing as both sides are more concerned with looking tough for the upcoming election than they are about doing what’s best for the country. Neither side wants to concede to the other’s demands. Worst of all neither side will even entertain the idea of getting rid of the arbitrary debt limit (the US is the only advanced economy with one) as doing so is said to be ‘political suicide’.
This problem of political self-interest has long undermined effective economic policy. The issue is that the nation’s goals and those of the politicians who make decisions on behalf of the nation are not aligned. The central aim of a politician is to be re-elected, not to do what’s best for the nation.
Until this problem is fixed, the best option (in this case dismissing the debt limit) will all too often be overlooked in favor of what looks best politically.


Questions
- How sustainable is it to finance the present economy through borrowing?


- At what point does continued borrowing become unsustainable and overly burdensome?